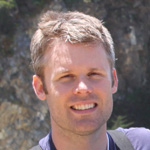 President, MD
Jeff is a neurologist specializing in epilepsy at Intermountain Medical Center in Murray, Utah. He has traveled to Haiti several times, including a trip in 2010 directly after the earthquake with the Utah Hospital Task Force. He has completed two medical research projects in Haiti. He is fluent in Haitian Creole, and worked with the Haitian communities in Boston and New York on a church mission. Jeff has also traveled on humanitarian missions to India, Ghana, and Uganda. Jeff received his BA in Anthropology from the University of Utah, his MD and MPH in international health from NYMC, and completed neurology training at Yale University and UCSF. 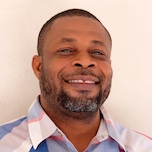 President of Operations in Haiti
Herby was born and raised in Gonaïves, Haiti. He spent several years in the USA (Massachusetts, Utah, and Florida), and when he returned to Gonaïves, he reunited with his childhood best friend, Harry Flècher, and created ZCH (also known as Timoun Siyon or Les Enfants de Sion) in order to address the needs of school children in hurricane-ravaged Gonaïves. Herby is an entrepreneur in Gonaïves. His wife and three children live in Florida. 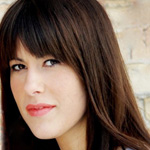 Vice President, MSW, LCSW
Staci is a clinical therapist that brings many years of experience specializing in treating complex trauma, PTSD, and attachment disorders; she has private practice in St. George, Utah. She is currently working on her Doctorate degree in Behavorial Health at Arizona State University. Staci received her BS in Behavioral Science with an emphasis in Social Work from Utah Valley University (UVU) and received her MSW in Social Work at the University of Southern California (USC). Staci has traveled to Haiti several times with Zion’s Children, where she assisted with child and in-home assessments. Staci lives in St. George, Utah with her son Cole. 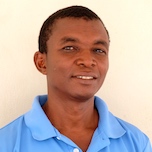 Vice President of Operations in Haiti
Webèrt is a native of Gonaïves, Haiti and an associate of ZCH founders Herby, Harry, and Isabelle. He has helped the organization get rooted, function, and thrive in Gonaïves. He is talented in technology, web communication and works tirelessly as our office director at ZCH’s headquarters. He carries out many of the day-to-day responsibilities for our students in Gonaïves. Webèrt lives in Gonaïves with his three children, wife, and extended family. 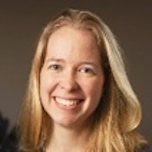 Sponsor Chair, MSPT
Lauren is a physical therapist with expertise in pediatric rehabilitation and has been working for Yale-New Haven Children’s Hospital since 2002. Lauren is a founding member of ZCH, and fell in love with Haiti through her first trip with the Bigelows in 2009 and has been back several times. She worked with a medical outreach clinic in Carrefour in the direct aftermath of the January earthquake, and returned later to focus on teaching rehab education to nursing and rehabilitation technician staff. Lauren received her BS in Health Studies and MS in Physical Therapy from Boston University. She resides with her husband and three children in Connecticut. 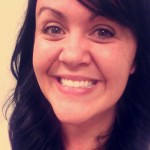 Social Media Chair
Jessica works as an EEG Technician at Intermountain Medical Center in Murray, Utah, and has been working in the Healthcare field for several years. When she learned about Zion’s Children of Haiti, she quickly got involved and took her first trip to Haiti in 2013. She loved it so much that she has gone back several times, and plans to go as often as she can in the years to come. Her love for the Haitian people and their culture has fueled her desire to help ZCH grow to its full potential. Jess has a keen eye for design and works hard to keep our sponsors and followers updated and engaged on our social media pages. 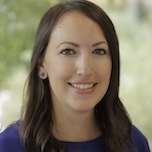 Grant Chair, MPH, RN
Tawny is a registered nurse with Intermountain Healthcare at Legacy OB-GYN. She received a BS in Nursing from Utah Valley University and a Master of Public Health degree from Brigham Young University. During nursing school, she was involved with a non-profit organization that worked with childhood rheumatic heart disease in Samoa; she traveled to Samoa for four summers with this organization. She joined the ZCH Board in 2015 and has traveled to Haiti several times. She helps with grant writing, fundraising, and the medical clinic during summer camp. Tawny lives in Utah and during her free time she likes to golf, hike, and read. 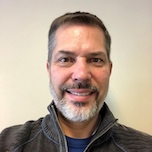 Financial Secretary, MBA
Dievo is a Senior Director over Inventory Control and Supply Chain Logistics for a global retail brand. He has held executive finance and CFO positions while working in the direct to consumer industry over the past 25 years. Dievo served an LDS Church mission to San Paulo, Brazil and speaks Portuguese, German, Spanish and is also learning Mandarin. He enjoys participating in service projects and first traveled to Haiti with ZCH in support of his son’s Eagle Scout project. Dievo received a BA in Finance from the University of Utah and received his MBA at Utah State University.  Dievo resides in Utah with his wife and five children and enjoys traveling, learning new languages, playing with his kids, riding motorcycles and enjoying a round of golf. 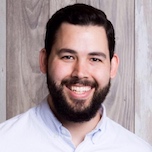 Technology Chair
Chad graduated from Utah Valley University with a BS Degree in Information Systems with an emphasis in Business Intelligence and plans to soon pursue a Master of Information Systems degree. Chad has recently brought his talents to ZCH in leading the efforts to design and maintain our website. Chad served an LDS Church mission in Veracruz, Mexico and speaks Spanish. He resides in Utah with his wife and three sons. In his free time he can be found reading, cooking, and battling his sons with lightsabers. 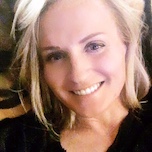 Fundraising Chair
Adi is a snowboard coach with Team Utah Snowboarding, Inc (TUT). In the past years, she headed up the Adaptive team, coaching several Paralympic boarder cross snowboarders and attended several Para World Cups. Recently, she switched her focus to growing female specific programs, but continues to coach all athletes on the team. She is finishing her Masters degree at John F. Kennedy University in Sport & Exercise Psychology and received her BS in Behavioral Science with an emphasize in Psychology from Utah Valley University. Her plan is to combine both her loves for coaching and psychology. Adi became involved with Zion’s Children in 2014, traveling to Haiti several times with the team, and joining the board in 2016. Adi currently lives in Park City, Utah where the snow is found. 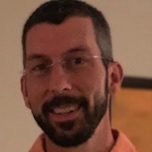 Financial Secretary
Michael is a self-employed woodworker and furniture maker in Connecticut. His educational background included training in business and financial accounting and he agreed to join the board to assist with financial planning in 2017. He is a graduate of Boston University and the North Bennet School and lives with his wife and three children in Connecticut.

Don't Be Shy. Get In Touch!

If you are interested in working together, send us an inquiry and we will get back to you as soon as we can!
Contact Us